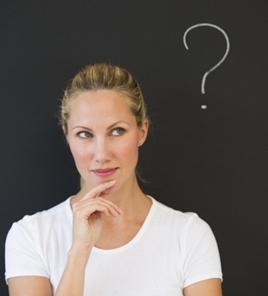 We Call Ourselves Something We’re Not – Ten New Names

The name “Nonprofit” has nothing really relevant to what our organizations really do. Clearly, we do not dispense profits to shareholders, but is that the real distinction we wish to make to distinguish ourselves from business?
A side excursion to Roget’s under “nonprofit” yields, among others, “worthless” and “unsuccessful.”

Or, more important, is this the name by which we really want to be known? If so, we can go back to the debates as to whether there should be a hyphen somewhere in the name.

However, I think it’s time to chuck that name. We need some creativity in getting a new name. And we’re serious: our sector really needs a new name or, sooner rather than later, we’ll get lumped into the NGO crowd, another of the “something we’re not” category.

The feds give us a name: “Not a Private Foundation.”

Toqueville and others might suggest, “The Volunteer Sector.” At one time this may have worked, but not now.

We still have volunteers, but we also have professionals, personnel,  donors, all sorts of constituency. And it doesn’t tell what we do.

Diane Aviv and her crowd might like “The Independent Sector,” but it’s a bit haughty, not very descriptive, and wrong. We are connected, collaborative, not apart, independent, self-contained. Sorry Diane.

Some think the “Charity Sector” would be very descriptive, and it does partially describe some of the input, but not much else. We’re more.

Looking at the product of our labors probably makes more sense. We improve society in many, many ways. At least we sustain certain aspects. Perhaps, we’re  “Community Betterment Organizations.”  Again, incomplete.

Then there are those, thinking back to pre-revolutionary France, who wish to call ourselves “The Third Sector.”

Too abstract, too “in.” Doesn’t tell us much. And, maybe another group has a stronger claim.

I’ve been known to call us  “The Value Sector” based on the idea that we represent some of the highest aspirations and values in our society. Perhaps, however, it takes a bit more explaining and still doesn’t say what we do, or what are our results.

What about “The Philanthropic Sector?” It certainly tells our motives, but does it say enough about what we really do in comparison to our companion Foundation partners?

Or should we include those folks in our definition? Or should that name refer to them alone? Probably “no” to all of the above.

A number of highly thoughtful folks have suggested that we call ourselves the “Civil Society Sector,” defining Civil Society as all the non-government, non-business aspects of our society. This is a thoughtful contender, although it does take some explanation and may not satisfy explaining what we do and what our impact is.

A final one, “Societal Benefit Organization” goes a long way to tell what we do and points to our outcomes, at least our intended outcomes.

So Where Are We?

You tell us. Any suggested name appeal to you? How about your suggested name? “Eleemosynary,” for example, hasn’t been used in a while.

This is a big thing if we can come up with a winner. We can change the face, and the name, of our sector. And be a hero.

Do send your suggested names to us. Soon. We’ll report on results.