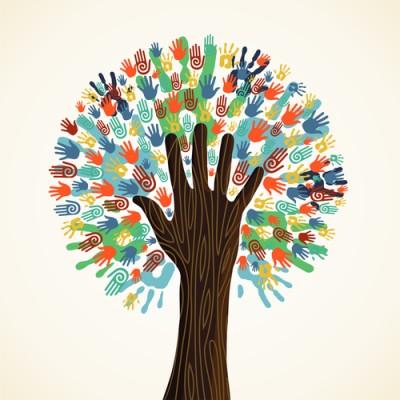 What Does the Village Need?

Often, in many contexts, we hear the saying about, “It takes a Village to…”

But what does the Village itself need these days to be able to do what it is supposed to do?

Conventionally, we look to three sources for this investment in the Village, here and abroad: government, private enterprise and philanthropy. Not one can do the job.

It seems that two of the three are becoming quite limited in ability to invest. Government investment in infrastructure is at a twenty-year low. Philanthropy has plateaued.

Fortunately, private entrepreneurship is changing in a way that may, may, contribute to the Village. So we see double and triple bottom line for-profit companies emerging along with B-Corps and low-profit corporations. What is also happening is a movement among foundations, probably led by Heron, to make corpus investments in socially redeeming for-profit efforts.

One Thousand & One Voices, from Denver, began a year ago to “form a movement of influential, global, like-minded families who are investing relational, intellectual and patient financial capital to profitably accelerate prosperity in rising markets.”

John Coors, a fourth generation Chief Executive Officer of CoorsTek whose family founded Coors Brewing Company, has given generously to African charities and reached the conclusion that philanthropy is not his answer to fostering economic development to alleviate poverty in the developing world. He founded One Thousand & One Voices to achieve what he felt philanthropy could not do.

One Thousand & One Voices’ major concept is trademarked as “Three-Dimensional Capital, comprised of relational, intellectual and patient financial capital.  “Families investing in the project, each of whom commit a minimum of $10 million, have extensive relationships in their respective industries and geographies and can introduce the portfolio companies to industry experts, customers, suppliers, management teams and partners, providing ‘relational capital’.”

“The families involved are sharing their own intellectual capital, based on their industry expertise, and by offering strategic and tactical counsel, entrepreneurial insights, functional expertise and board membership.  The families are contributing patient financial capital, geared to the company’s business cycle and market environment, avoiding premature exits that occur with traditional private equity.  This patient capital will drive greater value creation, greater impact and greater absolute returns, while reducing investment risk for families.”

The first project will be in Sub-Sahara Africa, long a hotbed of civil wars,

demagogic leadership, corruption, and a plague of AIDS. In recent years, however, in many locations, the economies have become robust, inviting investment by all three sources of infrastructural support.

One Thousand & One hopes to attract $300M, certainly a modest sum by global banking standards, although a remarkable vote of confidence in the organization’s work. Their initial fund, One Thousand & One Voices Africa Fund I, L.P. (“AFI”), focuses on a region that is now “experiencing stable and increasingly favorable macroeconomic factors, positive demographic dynamics, significant consumer demand, a growing middle class and an improved socio-political environment.”

The Fund cites “the relative lack of private equity capital committed to Africa points to the potential for successfully managed private equity funds to succeed on the back of positive macroeconomic fundamentals and a rapidly improving business landscape.”

The sophisticated investing strategy involves “controlling or influential minority growth equity and mezzanine debt in private enterprises generally valued between $10 million and $100 million.”  The Fund will also use the following criteria:

It’s really good news to see this level of sophisticated investment in one of the poorest sections of the globe. Hopefully, all involved will be satisfied by results and returns.

What lesson does this hold for us, for our inner cities, for our pockets of poverty, for our minority populations? Our friends in Colorado mention, almost in passing, that, if this works, way down on the bottom of the list may be investments in the US.

There clearly are others, especially large national foundations and such financial institutions as Goldman Sachs and others putting funds into social justice investments both here and in other countries.

Where, then, does the nonprofit, the civil benefit sector fit into this? How do we work with the other two sectors to strengthen the Village?

First, perhaps, more coordination and more agreement on what really moves the needle has to happen. This requires comparative measurement of outcomes and impact, hard to get given the lack of funding.

Second, competition for funds needs to give way to those strategies that are empirically proven to work and to then be available for all to use. Mergers may be an outcome, but certainly cooperative action is needed.

Third, a clearing of many of the “same old, same old” ideas and institutions, which ironically are helping to preserve the status quo, has to happen.

Fourth, focused, additional funding by foundations, corporations and individuals in organizations that do, in fact, bring about substantive, empirical change and greater equality in our Village.

Added to this is the needed, large increases in investments in those for-profit businesses and start-ups that will also effect change and build wealth among those now on the outside of the economy.

NOW, READER, WHAT ELSE?

My thanks to my friend, Ben Oehler,  for bringing the One Thousand & One organization to my attention.