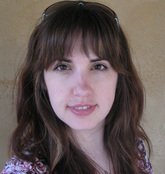 This Article was originally published on bepollen.com on June 1st.

Philanthropy goes Twitter on June 14. In cities across the country, bloggers and other social media influencers have each picked one local cause to support. These champions are now rallying their followers on Twitter, Facebook, and their blogs to donate as much as possible to their chosen local charity on June 14 in the hopes of securing an additional cash award during the Twitter-based fundraising contest called “Twive and Receive” (like Twitter and give combined).

At 12:00 a.m.Pacific Time on June 14, the 24 hour fundraising competition begins. The top three charities that raise the most will get a share of the $30,000 prize money. It’s similar to Minnesota’s Give to the Max Day, but national.

Representing Minneapolis is local nonprofit and Twitter champion Dania Toscano Miwa, who chose the Animal Humane Society as the organization for Minneapolis in this national contest.

We sent Dania, fellow Pollenite, a few questions about the philanthropy scene in Minnesota and why she chose the Animal Humane Society:

Twive and Receive is a competition created by Razoo, where cities nationally compete for dollars on June 14 and Razoo has offered prizes for the 1st ,2nd, and 3rd place winners. Plus, if your city wins, you have national bragging rights.

Minnesota has more cities and nonprofits registered than any other state in the country for Twive and Receive. What is it about Minnesota that makes the state so philanthropic?

That is a fantastic question.

Minnesota has always had a very strong spirit of giving and philanthropy.

We have some very engaged families and corporations who have a long-standing philosophy of giving back to the community and we are very fortunate to live in such a giving state.

What’s your role for June 14’s Twive and Receive?

I am supporting the Animal Humane Society. My role is to promote this amazing nonprofit through my networks and encourage donors to give to this awesome, established nonprofit.

How did you pick Animal Humane Society?

The Animal Humane Society has always been a part of my life. I’ve gotten nearly all my pets growing up from them, and they have helped many people and animals in my life. Additionally, for me, it is also partly about recognizing a leader in our sector and thanking them publically for all they do. Nonprofit organizations can only do the work they do and stay strong with strong public support.

The Animal Humane Society has such amazing programs and educates beyond just adopting animals.

For example, there’s the Law of the Paw campaign, which was developed by AHS and can be used by any animal rescue organization. The Animal Humane Society is a leader in their field and they have a dedicated staff who really care about the issues the organization supports.

Do you have a specific dollar goal in mind that Minneapolis and the Animal Human Society needs to raise on June 14 in order to win this national competition?

I think $5,000 would be an amazing number, however, I’m not entirely sure what the national competition will bring in. Traditionally AHS has done well in these kinds of competitions, and we would be thrilled with making/breaking my goal!

How can people participate in Twive and Receive beyond donating?

Spreading the word. Link to http://twive.razoo.com/story/Twive-And-Receive-4. Sharing on Twitter, (the give/twive part of the name) is great.
Help Minnesota win this national contest and support a charity on June 14th…you can even schedule out your donation!