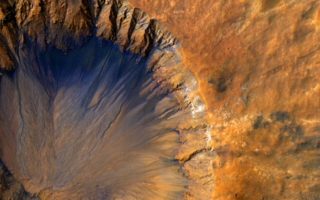 Just like the plates in earth’s crust, the three major sectors of our society– for-profit, nonprofit and government–are slowly but continuously shifting in terms of responsibility for various elements in the society.

In the last century, government grew exponentially in terms of percentage of the GDP for which it was responsible. Nonprofits also grew, benefitting from the large economic growth of the nation, increase in civil need, growing private philanthropy and support from government through grants, contracts and other forms of subsidy.

Since the presidential election and inauguration, we have something different, a phenomenon that is starting to produce earthquakes and violent collision of the plates. The growth of government is being reversed, at least in rhetoric currently, but expected in action over the next years.

Already, presidential orders have produced clashes between the sectors, with more to come.

A fundamental rearrangement of sector roles, planned and unplanned, is starting. The extent and depth of these changes are not yet totally apparent, although many are now anticipating major change.

What does this hold for the nonprofit sector?

With promised changes in tax code, especially for individuals, there may be additional limits to deductibility among high-income individuals. This will test the notion that tax deductibility is a major reason for donations. Research has shown that this is not generally the case.

However, there are tax cuts promised as well, so the potential for some of the tax savings turning into charitable donations also holds promise.

Tax cuts for business and incentives for investment in the US should also produce stronger bottom lines for both large and small business. Again, some of this may be translated into gifts, grants, sponsorships and other forms of business support for the sector.

The message for nonprofits is to increase and intensify cultivation of individuals and businesses for charitable support. To do so efficiently and effectively needs more originality, more appreciation of prospects and donors and more stewardship to retain them.

These increases are vitally important because government support will decrease. It has been estimated that one-third of all nonprofit expenditures are covered directly and indirectly by government sources. Some, clearly, will remain intact, but some will not.

While this is occurring, there is the larger issue of policy conflict between government and nonprofits, many of whose missions and values come into direct and indirect conflict with the new government’s direction.

How this conflict will reflect on the charitable status of nonprofits, as well as the appeal to donors, is unclear. However, it may create a hostile relationship with some elements of government. The refugee situation is just the first of what may be a series.

Nonprofits and the larger private sector must rely on our system of government to check and balance the situation. The courts emerge as a major factor in the equation.

Too early to really know? Perhaps, although there are sufficient storm clouds on the horizon to start preparing for a change in the weather. And keep an eye on the Richter scale.