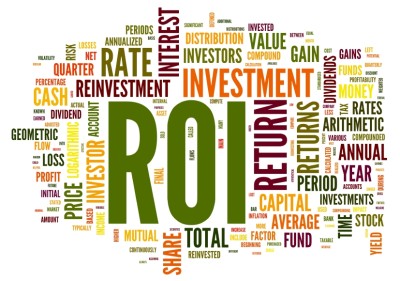 Will all nonprofits-agencies, foundations, associations, support groups, etc.- have to register with the feds as commodity-pool operators if they have endowments or other invested assets?

In his Wall Street Journal column, Jason Zweig reports that the Dodd-Frank Act requires Commodities Future Trading Commission registration if an organization that oversees money “for more than one entity-other nonprofits, certain affiliates, or individuals- and invests, even indirectly, in certain financial contracts.”

Nonprofits, per se, are not exempted from the provisions of the Act, which is aimed at the causes of a number of financial collapses due to investments in high risk deals including commodities– from wheat and corn to pork bellies, including, however, futures, swaps, foreign currencies and interest rates.

Having served on non-profit finance and investment committees for over twenty-five years, it is clear that an unanticipated consequence of the Act could include us. We often hire firms to manage our money. Most urge prudence, balance, diligence and diversification.

Such diversification sometimes leads to investments in alternatives– hedge funds, or funds of hedge funds or other such options that would include commodities, futures and the entire list of investments covered under the Act.

Zweig points to the comment of a nonprofit executive whose nonprofit owns stock funds that might invest in futures contracts with excess cash. Some nonprofits have loaned invested assets to other organizations for a fee.

Registration with CFTC would include onerous paperwork, including much more complex record-keeping, licensing and reporting.

No decision has been made–yet. However it is incumbent on all of us with invested assets to ensure our money managers understand the implications of the Act and desist from anything covered under it.

Every prospectus must now be studied to ensure that no investments named by the Act are utilized.

There’s another ticklish problem. Any donors to the group, including people sitting on those investment committees, should not invest their assets alongside of the nonprofit’s investments.

On these committees where I’ve served, I’ve heard more than once members stating how valuable the general advice of our institutional managers is for their own investing decisions.

The CFTC, according to Zweig, is now studying clarification of the rules for university investments. Can community foundations be far behind? Then who?

Zweig recommends having the institution’s attorneys’ opinion on the matter, as well as asking the CFTC. Good advice. We should also think of making a public case for what we do in the overall interest of society, not for private gain.

Clearly, more training of committees, more policy on conflicts of interest, now including individual investments paralleling institutional investments, more diligence and more common sense are required. Above all, understanding that we need to be prudent investors.

We don’t really want to be the unintended victim of a reform aimed at others. We do need, however, to take action—and to point out that all we are trying to do is manage assets entrusted to us to maximize the public good.