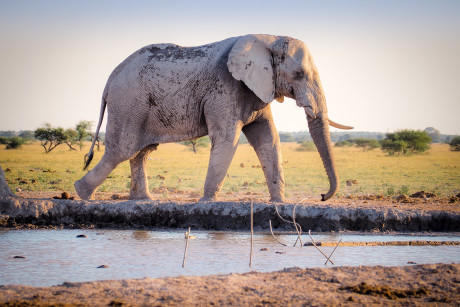 Last week saw an interesting development in the world of philanthropy, usually defined as giving money to good causes. Often there is also an assumption that it’s done as a donation to a charity, with a tax deduction for the gift.

Now we have two examples where that isn’t the case, or almost not the case.

Variants on the impact investments of foundations and greater flexibility allowed private business, these new efforts have a much more defined focus.

When the examples are provided by George Soros and Dr. Priscilla Chan and Mark Zuckerberg, other philanthropists take notice.

George Soros announced a complement to his foundation giving–$500 M to invest “in start-ups, established companies, social-impact initiatives and businesses founded by migrants and refugees.”

He is specifically addressing the issue of the forced migrations we’ve seen in the last few years and he is trying to give the migrants and refugees some inspiration, hope, and investment in their efforts. He also wants these investments to be successful showing how private capital can “play a constructive role helping migrants”

The investments, however, will be owned by his nonprofit Open Society Foundations with profits and dividends going to further fund that work.

Chan and Zuckerberg last year created a limited liability company  to devote 99 percent of their Facebook stock for “improving this world.”  An LLC allows them much more flexibility to invest in businesses, engage in  political advocacy and not have all of the rules and reporting and spending regulations that government requires of foundations.

This week, their LLC, the Chan Zuckerberg Initiative announced a $3 Billion commitment over 10 years to focus on curing, preventing and managing. disease. The first $600 Million will create a “biohub” for scientists and engineers on the West Coast to work together in research on finding these cures.

These two magnificent, incredibly generous announcements constitute a very large elephant in the philanthropy living room. Now we will not only watch how these two efforts unfold, but who else is inspired to do similar or other creative things to advance civil benefit.

Those 156 individuals and families who have made the Melinda/Bill Gates and Warren Buffett Pledge may be the ones to focus on, although it’s a new game and there are many players. A very exciting thing to happen for all of us.