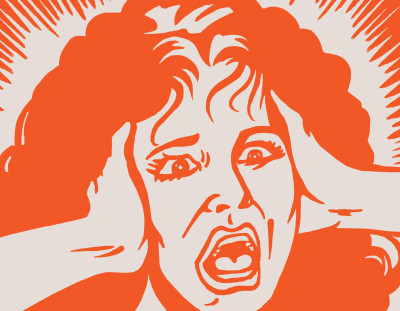 Since the great recession of 2007-2010, gifts to charities have changed in subtle ways.

Not only was there a temporary reduction in overall totals, but the mix has also changed. The interior and shape of the gift pyramid have changed. Donor behavior has changed.

There are many bright spots as we emerge from the crisis. We hear many accounts of increases in digital giving, often in small amounts, although in larger numbers. Certain “days” resound with increasing totals, such as the Give to the Max and Giving Tuesday. Crowd-funding may be a new avenue, or a temporary fad.

We also see a switch among some major donors to grant, loan and invest for societal impact. (See my article, The New Philanthropy.)

Nonprofits have also reacted by focusing on the top of the pyramid more than ever.

The number of major gift officers appointed in the last 5 years has more than doubled.

Not that the donors lower down in gift distribution are ignored, but there has been increased and additional focus on those of high net worth. The Sutton rule is reigning.

What Wealth Managers Are Advising

During the crisis, we know that some donors and foundations actually increased their giving, even in the face of declining earnings. However, most donors at all levels stayed even or cut back.

Trolling the wealth management firms and hearing the advice they are giving to their high net worth clients, we learn that advice varies by firm, but two things stand out: 1. recommendations to focus charitable giving, and 2. advice to reduce giving.

What many wealth managers also confided was the growing apprehension on the part of both men and women that they were worried about outliving their money.

To counter that concern, the advice took many different combinations and permutations.

However, to my knowledge, no one recommended increasing charitable giving!

Not Outliving Money Through An Increase in Giving

Two things are needed in this instance. The donors want to insure not outliving their assets, and, much more important, charitable intent.

The solution is planned giving. It’s a win-win. Carefully done, donors may place assets in planned giving instruments that guarantee lifetime income as well as making a deductible, charitable gift to their favored nonprofit organization.

Unitrusts and annuity trusts are among the best examples of such planned giving instruments. Both can be for two lives, with the charitable gift and the annual income determined by actuarial tables.

So a couple can rest assured that a certain amount of income will be available to them during their lifetimes, with the remainder going to their beloved charities after they are gone.

Does this mean that every charity should employ some kind of planned giving officer?

Let’s, however, back up a bit and have a little more reality enter in. Not every institution will benefit from this approach to planned giving. In large part, it will be those groups that have long-standing relationships with constituencies.

Newly formed organizations, those that are largely contractors with government agencies and those with little or no individual donors may not benefit at all from this potential.

The best way to test the water is not to go forward with a full-blown planned giving program, hiring that attorney and waiting twenty years for a return on investment, but to have whoever calls on major donors include planned giving as an option to increase the donors’ overall giving.

Certainly, such a planned gift should not become a substitute for the annual or capital gift, but a supplement to those gifts, offering attractive and immediate tax benefits as well as long-term security.

Given the fact that once donors indicate an interest in executing a planned gift, their attorneys must be involved. Thus, our development officers are sufficient to bringing them to that decision point. Development officers should be capable, with good training, of understanding and being able to explain benefits of planned giving.

What will it take to begin? First, an acceptance that such a planned giving program will appeal to a specific constituency among an organization’s donors. This may be tested through interviews and/or focus groups.

Second, the obtaining of a few leadership planned gifts and having those donors spread their enthusiasm through write-ups, meetings and other forms of getting the good news out.

In advance, professional staff must be trained in learning and marketing the various ideas and instruments that will appeal to the group targeted. Depending on the scope of interest, newsletter and web content might also be planned.

Budget will clearly be required for the training, materials, meetings, one-on-ones, legal and financial fees, etc.

Given the win-win potential of planned gifts, the long-term benefits to both donor and charity are obvious. If an organization fits the requirements sketched out above and is willing to make an investment in both people and resources, it should result in pleased donors and increased financial stability for both organization and donor.

With ages and ages of history of wills, trusts and bequests, planned giving is not new.

It is, however, ready for a revival as an important part of our ability to meet the changing needs of our constituencies.