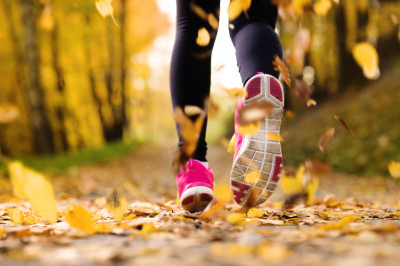 Is this a Good Idea?

Do we need yet another group organized to promote nonprofit organizations and defend their good name? Do we need a march to support “the cause of causes?”

Dan Pallotta, the controversial special events organizer and TED talk champion of nonprofit organizations’ need for such things as sufficient overhead and competent administration, has just formed the Charity Defense Council. Do we need Defense, or do we really need Offense?

The Council purpose is to create better, widespread public understanding of nonprofits’ need for appropriate overhead, for market compensation of workers and for greater public support for increased giving.

The CDC’s agenda is ambitious: 1. To correct erroneous information about the sector and educate the media; 2. To take out public ad campaigns to shed positive light on the sector; 3. To challenge laws and regulations that harm the sector or abridge its rights; 4. To work for favorable laws promoting the interests of “Charity and Social Enterprise.”  5. To organize nonprofits on a grassroots level, “town-by-town, state-by-state.”

The March from Maine to Massachusetts

The first activity to raise funds will be a 60 mile, three day “march” from Maine to Massachusetts in late June, 2015, somewhat reminiscent of the many walks Pallotta organized for nonprofits and how he made his living. The funds raised, through registrations and sponsorships of the marchers with a goal of at least $1M, will fund the CDC.

The nascent organization has an impressive Advisory Board and a small, inadequate but growing Board of Directors. See their website for a more complete picture of the organization.

The Predictable Reaction from the Establishment

Pallotta has been very controversial, and I would expect the many in the nonprofit would react to his assumption of this role. Is this what we need, in addition to all of the other work done by our trade associations, state associations, Independent Sectors, etc.? Is this competition a good thing?

Pallotta’s TED sermon did stir up the sector and cause a number of groups, including some self-nominated evaluators, to change their tune on overhead. Could we use more of that passion?

Some will say he’s taking money from the existing groups, weakening the sector. His methodology involves individuals signing up for a $99.00 tariff and the sponsored run. The very people called “overhead” are among those being recruited, along with others directly and indirectly involved in what I call the civil benefit sector.

I’m sure other larger sources will be solicited to sponsor, contribute and/or otherwise support the March and the CDC itself.

Many organizations may think self-promotion is not a good use of charitable contributions. I would largely agree. Here, if care is taken, much of the money will come directly from us, the folks who earn our living doing good.

What I need to know is how the money raised from the march will be spent. Who will be hired? Which groups will be paid? I know on what, but I do not know on who, what, when and why. Clearly none of the Board members should benefit directly or indirectly from this fund-raising.

Pallotta will be ahead and have better answers to these questions if he consulted with people like Bob Egger, who have thought out most of these questions, along with developing a solid agenda on how to do it.

Others will remember Pallotta’s past and cite “overhead” of all things as something to watch.  I urge that this particular event should be frugally managed, with most, if not all of the funds going to the cause.

Dan Pallotta: the outcome is for you to demonstrate. May you succeed and convince us  of the need, of the merit, and of the choice of CDC to actually represent us. It could be a good thing for our sector and we wait for you to show us.