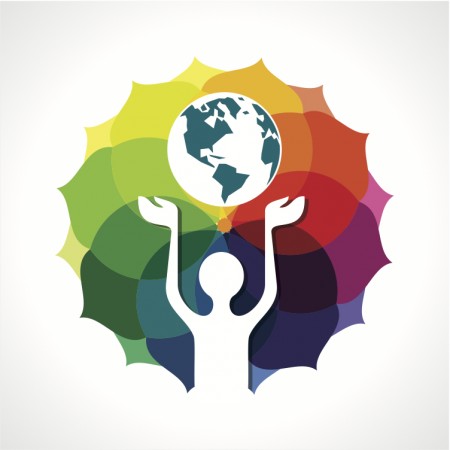 Creating a Culture of Philanthropy

Everyone these days appears to be using the concept of a “Culture of Philanthropy” to get the point across that nonprofit organizations rely on resources and relationships for their sustenance, if not their existence.

The phrase is a great summary of what nonprofits are all about, especially in a procedural way. Substantively, we research, we teach, we feed, we exhibit, we heal, we preach, we tinker—we do many things benefitting civil society.

Procedurally, we’re being told that our culture—our beliefs, opinions, values, orientations, relationships, and interactions—needs also to be built around and include the concept of philanthropy writ large.

Philanthropy is about relationships, philanthropy is about building constituency—those who visit, join, give, attend, matriculate, serve, volunteer, report on, donate, join a committee, sponsor, host, get elected to the board, execute a planned gift, leave a legacy and many other actions relating to the welfare and well-being of a nonprofit organization and to overall societal good.

We Are All Development Officers Now

In my posting, We’re All Development Officers Now  I attempt to convince the reader that everyone associated with a nonprofit needs to make a commitment to fully engage constituents in positive relationship-building. Development in its broadest meaning is everyone’s job!

The Culture of Philanthropy (CP) embraces this definition of development: the building of constituency and the retention, the stewardship of these relationships with constituency. Maximized, this will produce the highest and best outcomes for the nonprofit, clearly in terms of resources, but in many other areas of high importance: recognition, reputation, brand, engagement, morale, standing among peers, and benchmarking to name just a few.

Who would oppose such a state of excellence? There are some “Bah! Humbug” groups and people out there. Some think that such a concept cannot be all embracing, given the substance of what an organization does. There must be vision, mission, values and culture. This is valid, although a CP is not in conflict with any of these necessary elements.

Others feel that an organization is more than just philanthropy, often thought of as fund-raising rather than the definition given above. It’s the definition above, not just fundraising, which elevates this idea to its highest and most important benefit. In terms of constituency and constituency development, the inclusion of a CP in an institution has proven to be incredibly helpful overall.

Absent such a CP, what exists in organizations in terms of development? And how does this Culture get introduced fully or partially into the existing culture?

Many organizations are characterized by what I’ll call the “let them do it” culture when thinking about philanthropy.

Sometimes the “them” is the board, often isolated from the staff and, especially, program people. I’ve known staffs that feel boards owe them the resources they need, given the importance of their work, staffs that think that guilt or some feeling of social responsibility motivates boards to do all of the heavy lifting. This is not a viable situation long term.

The “them” is often the ED. Founders, especially, fill this role, leaving a gap when they retire or leave.

Or the development department, many times also isolated from the other program and administrative elements of an agency, is the “them.” Maybe that’s why some development officers’ tenure is so short.

So how does a CP get integrated when desired?

Many cultures are mission-driven. These often need to make room for the complementary content contained in the CP. Most mission-driven groups have high potential, once a well-planned change process is operationalized, for a successful adoption and addition to culture, given understanding of potential results.

And it is not fiat by the board, but a process starting with the board that does it, necessarily permeating all of the constituencies before really being achieved. The process and the content need to be repeated often, with annual renewal.

Boards, staff, and volunteers all have formal “leaders,” and, in these groups, there are also informal leaders, sometimes more effective than the formal leadership.

Identification of those individuals who are the most effective in both formal and informal leadership is the first step in selecting the “ambassadors,” the term used in most of the articles listed in Google, or what I prefer to call the change-makers.

Intense sessions on the elements of the CP and on change theory follow, with our change-makers then influencing their peers and modeling the behaviors characterizing the full range of attitudes and actions necessary for consistency and positive effect.

How Long Will It Take?

How long will this take? Probably a few, perhaps three years, to take root. That’s why so many efforts at culture change fail. The commitment must be deep. It must be long-term.

It must cover the emotional and intellectual content of life in the agency.

And it must be continuously renewed. With such achievement will come a new joy about work in the organization, renewed engagement, growing constituency, growing support, increased good works, and overall increased benefit to the communities served.

So let’s spread the word. Let’s help solve the angst about development and philanthropy currently characterizing so many of our nonprofit colleagues. Clearly not the total salvation, the integration of CP is a step by an organization to increased success and significant survival in the future. It’s time.