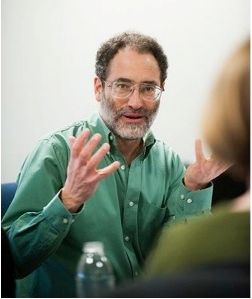 The Big Shift in Fundraising

Note: This guest post is from Andy Robinson, a terrific fundraising trainer and consultant who works across North America.

On November 15, Andy will be in St. Paul, leading a workshop for the Minnesota Council of Nonprofits: Mobilize Your Board to Raise More Money. I hope you can join him!  -Dania

Like many fundraisers, I always anticipate the annual release of Giving USA, which offers a thorough overview of trends in U.S. philanthropy.

I’ve also been reading Ruth McCambridge of the Nonprofit Quarterly, whose cogent analysis of the Giving USA data is really helpful – and inspired this post. Thanks, Ruth!

As you launch your fall fundraising campaign, here are the trends you need to know.

Giving is rising across the board

U.S. nonprofits raised $390 billion in private philanthropy in 2016, which broke the all-time record.

Some of this increase was driven by post-election giving. You’ve probably heard about the remarkable fundraising success of groups like Planned Parenthood and the ACLU.

However, every category of nonprofit, ranging from arts and social service to religion and the environment, saw annual increases ranging from 3% to 7%. The many, many “resistance gifts” in response to the election did not displace other donations.

This pretty much negates the argument, “Our donors are contributing more to Planned Parenthood, so they’re giving less to us.”

Today’s rising tide has the potential to lift all boats, including yours.

“The democratization of philanthropy”

In recent years, we’ve seen a gradual shift in the percentage of philanthropic dollars that come from really large donations contributed by seriously wealthy donors – a class of people that most nonprofits will never, ever access.

Happily, this long-term trend just stalled, and maybe even reversed. “In 2016,” says Dr. Patrick M. Rooney of Indiana University’s Lilly Family School of Philanthropy, “we saw something of a democratization of philanthropy.”

In other words, mega-gifts were down, while the greatest growth came from small to mid-sized donations.

For fundraisers, the message is clear. This is a great time to broaden your base by reaching out to potential donors at all giving levels.

When activism goes up, giving goes up

For decades, researchers have seen a correlation between volunteerism and philanthropy. People who donate time are more likely to also donate money.

The current political climate has resulted in a surge of activism, with many new people becoming engaged with a variety of causes, movements, and organizations.

I’ve seen this first-hand in the small Vermont town where I live. As I travel the country for work, I’m hearing similar stories about new volunteers, new energy, and new opportunities.

In the words of Ruth McCambridge, “The political uncertainty of the last year did not restrain but rather motivated giving. This may well have been the result of increased civic activism.” The data, she adds, is also good news for traditional nonprofits that may not perceive themselves as “activist” organizations, but still serve and involve their communities in meaningful ways.

Again, the message is clear. The most successful groups – right now! – are providing lots of participation paths for donors to become volunteers, and volunteers to become donors. You need to do the same.

How will you take advantage of this moment?

“The small to mid-size supporter is the big story right now,” McCambridge writes. “Your job is to engage them and keep them as active and respected community members.”

As you prepare your fall fundraising strategy, consider the following ideas.

– Promote volunteer opportunities. These can range from simple tasks, like sharing social media posts, to hands-on work: delivering meals, organizing a march, taking a shift at the local shelter, or ushering at a performance.

– Ask widely. This is a great time to identify and reach out to new donors.

– Treat your supporters as partners, rather than ATMs. Fundraising is not about money, it’s about relationships. If you love and respect your donors, they’ll love you back. Keep them informed and engaged.

– Create community. Look for ways for bring your supporters together to reinforce their commitment to the values you all share.

This is an extraordinary moment to strengthen civil society by broadening and deepening our nonprofit community. Let’s all take advantage of it.

If you want to follow Andy, sign up for his e-news, read the blog, and learn more at www.trainyourboard.com.