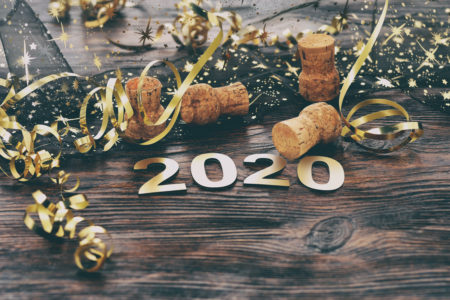 Leap Year 2020 will see a tumultuous Presidential election, $10 billion in election spending, the decennial Census, 100 years of women voting, the summer Olympics in Tokyo, hotly contested Oscars, a thrilling World Series, a Rose Bowl with our new state of Oregon represented and substantial underlying changes in the nonprofit world. Here is what we see coming.

1. Rapid Underlying Change. Underneath a seeming stable overall sector, with slow growth over inflation, there are, and will be substantial underlying changes going on, with many organizations struggling to maintain this outward stability. Major flux will be the norm for many, given reductions in government funding at all levels, shifting priorities of foundation and business, overall reduction in charitable giving by a majority of individual donors, competition from political campaigns and increasing lack of public knowledge or confusion on the role of nonprofits.

2. Changing Demographics. Activation of recent graduates and recently retired Boomers will add to increasing diversity in age, race, ethnicity and culture, bringing new energy, volunteering, staffing, giving and memberships as well as those starting their own nonprofits. Such new inputs will increase sources of the traditional time, talent and treasure, although they will also affect values, culture, program and even mission of organizations, bringing planned or unplanned change.

3. Winners and Losers. The impact of these changes and those listed below will affect organizations differently: those who successfully tap into the direction and rhythm of change will grow; many others will not. Most large organizations will get larger: increases by major donors will principally go to the top 500 nonprofits; these groups have the resources and bench strength to sustain growth. Medium-sized groups will mostly plateau: instability in leadership, staff and donors will have a serious negative effect. Many small groups will increasingly struggle to maintain their very existence. There will be increasing numbers of newly incorporated nonprofits; almost as many existing groups will disappear. There will be increasing attempts to find additional resources, such as multichannel fundraising, digital fundraising, e.g. crowdsourcing, incorporating for-profit and B-Corp subs, or entering into merger negotiations. All face the dynamic changes going on. Their ability to successfully navigate will depend on their human and material resources, their knowledge, their leadership and their energetic responses to these changes.

4.Women/Womxn in Leadership. Women have been the majority of nonprofit staff for many years, but only recently have they been elevated to top executive positions, with distinguished results overall. Nevertheless, compensation has yet to catch up to male executives’ pay. For example, the development field is largely becoming an area for women to reach the top of shop, although their pay still lags behind men in similar positions. The number of women on top boards is also increasing but still not near representation of men. In 2020 we will see a significant increase in women executives, CEO’s and board members, among them sizable proportions of women of color and those who identify outside of binaries.

5. Dysfunctional Development. There will be continued instability in the development function, with continual turnover harming ongoing fundraising activities. A recent Chronicle of Philanthropy survey finds a disorganized and disoriented field, with half of the professionals planning to leave their posts within two years. This trend will continue, perhaps worsen. Major reasons for such turmoil focus on the misunderstanding of the function of development staff, isolation of development personnel, low pay, and disparity of pay between men and women. In addition, there is often unrealistic expectations between board/executive directors and development staff, and outright blaming. Until Board members and staff understand that engagement of constituency is one of their most important functions and that full participation in the constituency development program is everyone at the organization’s responsibility, not much will change.

6. Board Strength, Board Weakness. The rapid increase in nonprofit organizations over the last fifty years to 1.5 million registered groups has vastly expanded the number of Board members, resulting in a greater community representation, greater scope of viewpoints and greater diversity. Such democratization of governing boards has broadened and strengthened the missions, scope, outreach and impact of nonprofits. At times, board members have been recruited without board job descriptions or conversations describing the full range of responsibilities of their positions. This has led to confusion on roles, with a resultant shift of Board responsibilities to staff. This is especially true in constituency development, executive oversight and board and executive succession planning. This sub-optimization needs turnaround through training, fully-informed recruitment of board member, written board job descriptions and annual Board self-evaluation as well as infrequent formation of ad hoc or specific action groups to achieve a specific purpose. Overall, strong board leadership is the sine qua non of a strong nonprofit.

7. Competition from For-Profits. A new group of for-profit organizations working in spaces typically occupied by nonprofits and promising “cures” and other forms of overall successes will continue to grow and, in some cases, outpace and outperform nonprofits. New for-profits, using advances in technology and engineering, are taking advantage of impact investments, social benefit mutual funds and other sources of capital to achieve successful results. Somewhat akin to hospitals and theaters, where both for-profits and nonprofits operate in similar spaces, nonprofits will occupy the more difficult and lower economic-reward sections of these competitive areas.

8. Impact of Tax Laws. Variability in state and local tax laws is increasingly motivating high net worth individuals to move to states with lower taxes. This is increasingly having an impact on state and local charities in higher tax areas; 2020 will see this trend accelerate as tax advisors more firmly advise this move to top clients, especially as taxes increase in many high tax states. Overall, less funds will be given to nonprofits in these states, especially to smaller groups. Combined with provisions of the federal tax law enacted in 2017, the pattern of donations will continue to change, benefitting nonprofits in these low tax states as donors get involved in their new communities. The federal changes saw reductions in giving by a majority of taxpayers and major donors using such methods as bundling (giving three times the annual gift every three years, with no gift in between to take advantage of income tax deductions) and the formation of donor advised funds. Such donor advised funds will become a more important source of donations in 2020, with aggressive development strategy focusing on these funds.

9. Measurement. In spite of recognition of important qualitative results of programs, there will be an increasing emphasis on the most efficient uses of resources and obtaining the highest return on investment. Such results will be increasingly required by government, foundations, businesses and some sophisticated individuals. This trend will be further enhanced by increased use of empirical tools and the emergence of newer systems of measurement showing impact, with some claiming measurement of both qualitative and quantitative variables. The use of monetization of outcomes of nonprofit programs will also grow. The impact on nonprofits will be twofold should they wish to receive such investments:

10. Technology. Nonprofits will increasingly need to increase cyber security along with new systems as hackers, competitors and others discover the financial resources, banking arrangements, endowments, collections and confidential information on donors, patients, volunteers and staff contained in their files, vaults and CRMs. Protection from hackers seizing systems and demanding payments will also increase in the sector, requiring additional sophisticated protection and better software. Increasing adoption of Artificial Intelligence methodology in 2020 will result in competitive advantage in a number of areas, including development. Combined with advances in brain science and other forms of neurobiology, advanced technology, for those who can afford it, will propel groups to higher levels of achievement and impact.